Arthropods as bioindicators of ecological stability

Remote archipelagos enclose high endemism levels and a significant portion of terrestrial biodiversity. The archipelago of the , located over 615 km across the Mid-Atlantic Ridge support an abundant flora, with mixed and pristine forests covering many islands’ hillsides. is  recognized worldwide as an important conservation hotspot (UNESCO, Biosphere and Natura networks, National Geographic Society).

The increase of fragmented monocultural landscapes, as a result of growing domestic demand for arable crop land, has drastically altered the richness and abundance of flora and fauna in many islands. The loss of biodiversity is a problematic economical and biological phenomenon associated with reduction of the resilience capabilities of ecosystems. Negative impacts such as modifications of biotic food webs occur.

The critical importance of preserving biodiversity is widely recognized by groups within the Convention for the Biological Diversity, the G8 and the European Environmental Agency. These groups are committed to protect biodiversity hotspots, aiming to reduce the loss of biodiversity by 2010, the International Year for Biodiversity, and achieve environmental sustainability by 2015. Representative habitat types depicting an increasing level of anthropogenic disturbance (image below) are being monitored in 4 islands of the archipelago in order to profile, genetically and biologically, arthropod species with high resolution power detecting ecological changes for a given habitat type (image). The current page is an ongoing  gallery stock of all species founds. 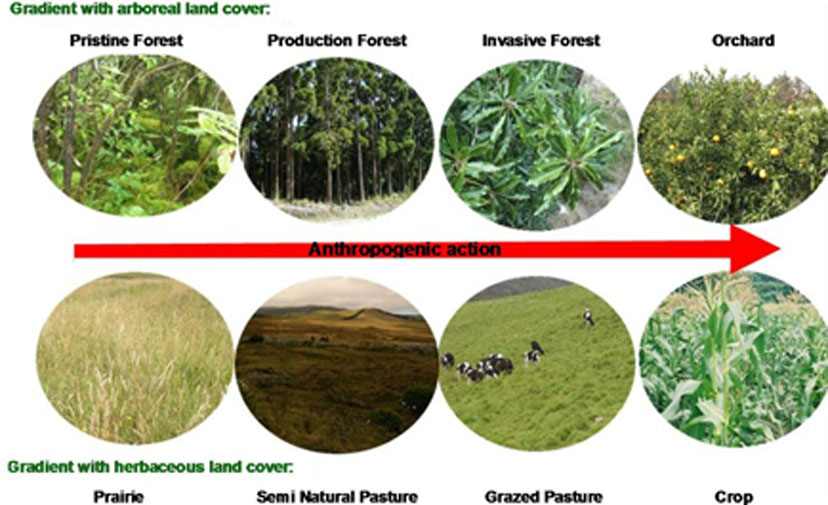